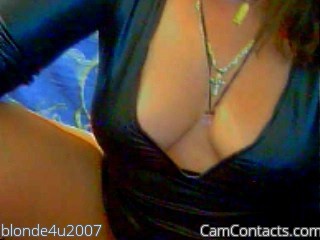 This peeping neighbour named blonde4u2007 gets an eye full when this dirty fucker films himself having a wank. She stands in shock at first but soon gets turned on by what she sees and so she begins rubbing her large hooters. It doesn’t take long for him to spot her and when he does he invites her in to join the action, making Nadine suck on his enormous cock, wrapping her tongue around it causing him to groan for more.

More from my site